A group for all those living in France, of any nationality.

Lovely to have a group from France, so look forward to chatting to you all over time.

Hope you will start a square tally discussion. You can see how it is done in the UK group and also the making sense of the tallies in the featured boxin the forum.

You need to be a member of France to add comments!

How very,very upsetting. I'll let everyone in my part of the world know, and I'll put the info in French on my KAS blog and anywhere else that seems useful.

One  positive point.....it'll give me time to stitch some blankets!! Poor Ronda and her team. They must be very downhearted.

Following the newspaper report from South Africa with regard the Bryanston Post Office, I asked Ronda if it was time to call a halt to sending parcels, here is her response:

To be honest I would say "yes", Pam - I am more worried about the current situation than I have ever been during any of the PO strikes ! Nobody seems to know what on earth is going on - the newspaper clipping sounded reassuring but I cannot see them being able to resurrect the Bryanston PO - not for a LONG time, anyway.

In the meantime we cannot seem to trace our parcels.

I will go to the Bryanston West PO again on Monday and let's hope they have something for us to open on Tuesday.

But given the levels of post that we were collecting during October, there could be a MASSIVE pile of KASpost SOMEWHERE in the pipeline !!!

Contributors may become understandably annoyed if we let them keep sending parcels at great expense, while there seems to be a possibility that we ill never get to the bottom of things now, and the system really does appear to have collapsed in certain areas already.

It's tragic that KAS is personally involved - many of the POs are operating, only a few have been allowed to lock their doors and literally go into hiding.

Not sure how you could word it - the whole thing is unbelievable, unworthy, bizarre !

THEREFORE, UNTIL THIS SITUATION IS STABILISED IT IS BEST IF EVERYONE STOPS SENDING, UNTIL WE ARE ASSURED THAT THE KNIT-A-SQUARE PARCELS ARE SAFELY FLOWING INTO THE HANDS OF RONDA AND THE TEAM. PLEASE CIRCULATE THIS MESSAGE TO ALL FRIENDS AND FAMILY.

Pam and Lina, thank you for all the words of support. Wherever thigs like this happen, we can only hope that it strengthens our resolve not to give way to panic and fear. I think the hardest moment for me was when they showed photos of several of the victims...so young with everything to hope for in the future, and in the case of the Russian airline, all those small children.

The movement of solidarity must remain and grow stronger.

It is heartwarming to see how people throughout the world were supportive of the Parisians (below is our Jet d'Eau in Geneva, Switzerland, bearing the French Colors) , and I think all French people including myself were very touched by this.

Thank you Pam for your kind and enlightening words, I admire the courage and solidarity that Londoners found in their hearts to cope with similar events, we shall all be stronger than fear in these moments of darkness. For instance, I was impressed to see how Parisians spontaneously opened their homes to shelter the shocked bystanders for the night.

All my thoughts are with the families of the victims from the terrible events that have plunged Paris (and also Beyruth, Ankara, Garissa and many other places) into mourning in 2015. Let's hope that fear and hatred will soon give way to love and peace, as John Lennon once famously imagined... 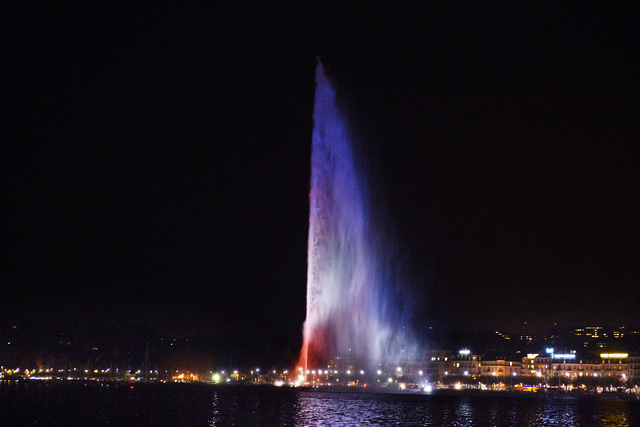 It is ten years since a similar band of misguided people blew themselves up on the London Underground and Bus - it had the opposite effect that the perpetrators thought it would. Instead of fear, Londoners of all nationalities, creeds and colour returned to work the next day on the parts of the underground still operational. People power developed many self-help groups to support the victims. The documentaries since that time showed how the passengers bravely helped one another, the emergencies services and hospitals responded brilliantly and many many lives were saved.

Like London, Paris will become stronger, and, more goodness will emerge than the fear & hatred that the terrorists had planned. The bombers and shooters have never had (or lost) the connection to their hearts, and, do not experience the flow of love that we all share with the children of Africa and elsewhere........

Thank you Sandy for all your support.I think the feeling of shock won't go away for a long time, but the feeling of anger and frustration is rapidly taking precedence.

I keep thinking of all those poor families and the pain they must be going through.

Dear Kas People from France, I know I speak on behalf of everyone I know here in Australia when sending you our deepest condolences for those who have died and suffered because of these terrible acts of terror.  With love Sandy, Kalai, Cressida and Roger.

thank you Jeanne, here in France we are in shock, but determined to face all our enemies ...

My thoughts and prayers are with all of you in France after this tragic and horrible series of terrorist attacks.  My heart goes out to you.  Here is the USA putting One World Trade Center in France's flag colors and also our Canadian CN Tower and the City of Toronto sign in your flag colors as well.  My heart aches for you all. Love and hugs 20x over.   ---Jeanne 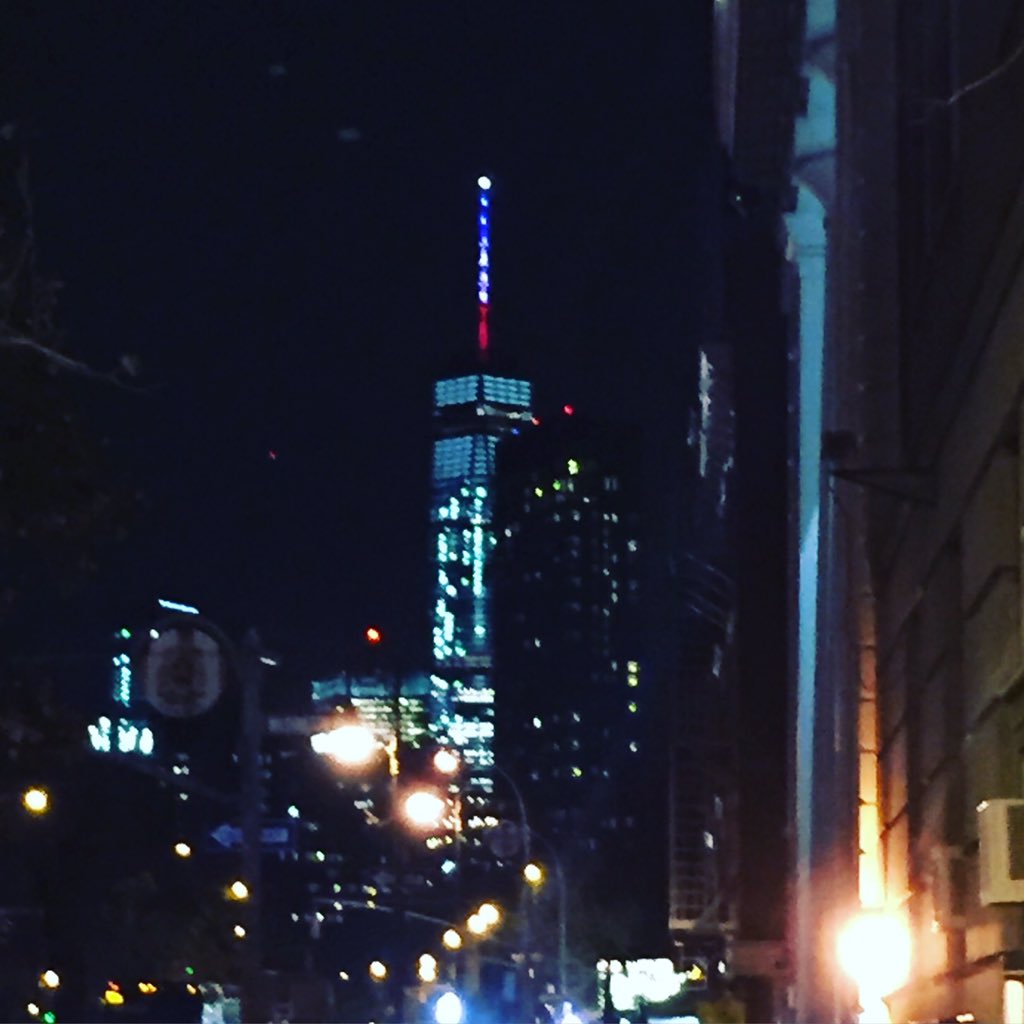 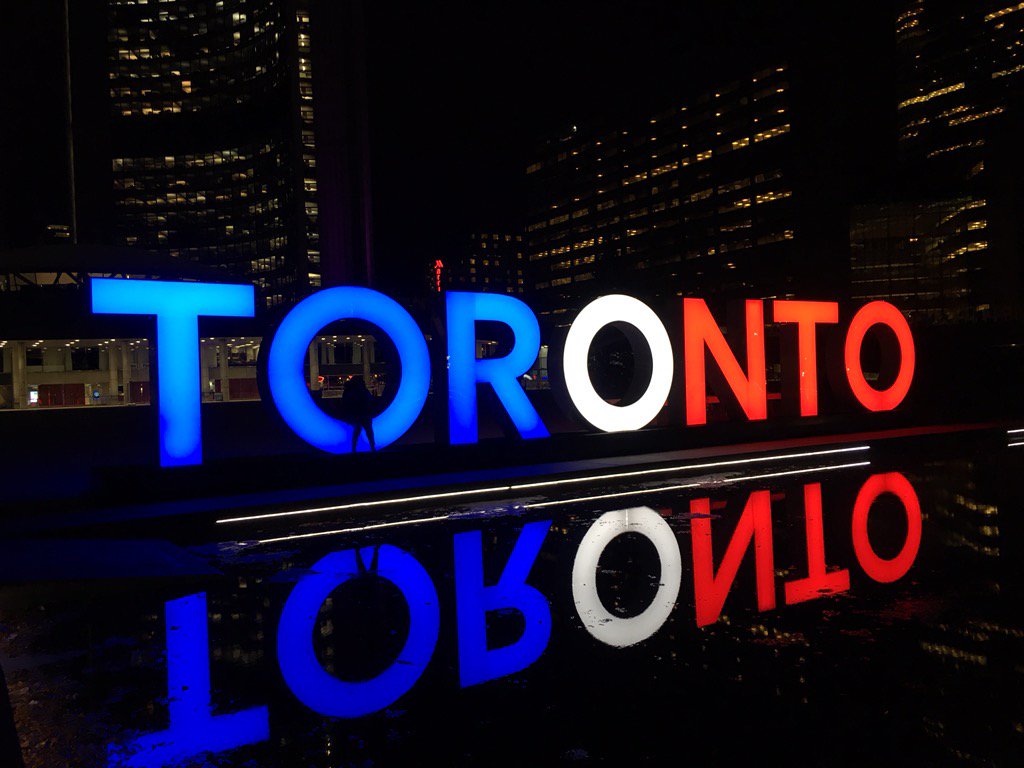