Knit-a-Square was founded in October 2008 after a family reunion in Melbourne, Australia in June of the same year.

It is based on the grim reality of 2.4 million children orphaned, abused or abandoned in southern Africa.  They live in dire poverty. They lack love, shelter, food, education and warmth. 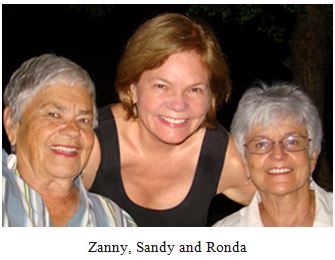 In conversation with her niece, Sandy, during the family reunion, Ronda identified one of the many basic problems for orphans in South Africa as a chronic shortage of blankets, especially at altitude in the cold high-veld winters. The problem is common to many other poor communities in South Africa.  She explained she regularly handed out blankets to cold children on the side of the road at night.

Greatly disturbed by the magnitude of this unheralded tragedy, Sandy and Roger developed the idea that they could start an online movement. It would call on the world’s knitters and crocheters to knit standard 8”/20cm squares and send them to Ronda in South Africa. There, volunteers would make them up into blankets for distribution to these children. The idea for www.knit-a-square.com was born.

Sandy called on the knowledge of her mother Zanny, Ronda’s older sister and a prolific knitter, to assist her in developing patterns for the website and creating the How to Knit e-lessons.  Zanny’s gift to Sandy of a blanket made of squares was an inspiration for the original idea.

Armed with just a little knowledge of the online space and its potential to connect people, Sandy and Roger worked for many months to construct the website and brand the concept.  The research they did on the plight of these children was invested in scores of pages of passionate content aimed at informing the visitors to the website of the situation the children were in, while empowering them to act by knitting, crocheting and sending squares.

Ronda writes: “We visited Phiri for a church outreach day months before KAS was up and running....that visit enabled me to chat to several of the women elders and tell them about the idea of Knit-a-Square, in the hopes that we may (one day) distribute some blankets there.” 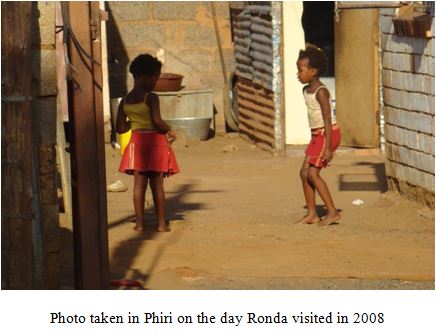 “It is also where LINDI Ngwenya was and still is a parishioner. We were introduced to Lindi by Joesphine Mhlongo.  Jo helped with parcel opening for two or three months and then moved on to new pastures - but we treasure her for bringing our very special Lindi to meet us!” 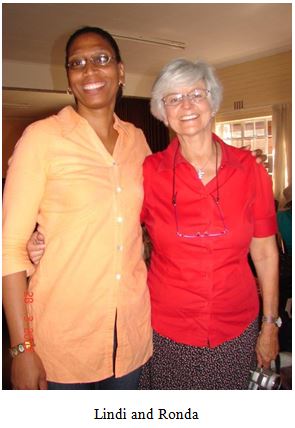 A trickle of squares began to arrive in early 2009. That trickle became a stream after American yarn giant, Lion Brand, ran a small story on the Knit-a-Square project in its February 2009 newsletter. This publicity, together with other online traffic driving strategies, helped drive more many thousands of knitters and crocheters to the site.

Ronda writes: “Most of the parcels, arriving in 2009, came from the Lion Brand knitting article. Until this point, the parcels we received were in ones and twos, and some came from family members like my sister in UK and the Australian family themselves, all of whom were full of hope at the concept of Knit-a-Square and were testing out the postal system before anyone else came on board !!!” 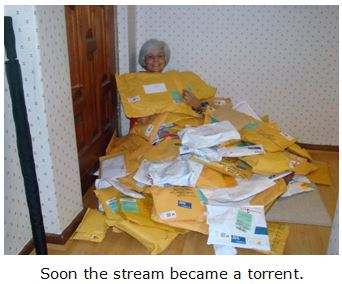 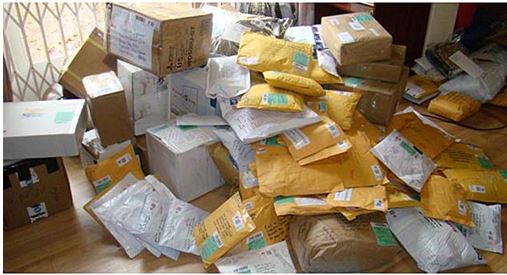 Ronda writes: “This picture below shows the special canvas bag the post office handed to us with our PBX900 address printed on it, which indicates that they really believed we would ONLY receive enough post to fill the bag.  OH MY WORD, how different the picture is today!!! It really makes me laugh to remember that!!” 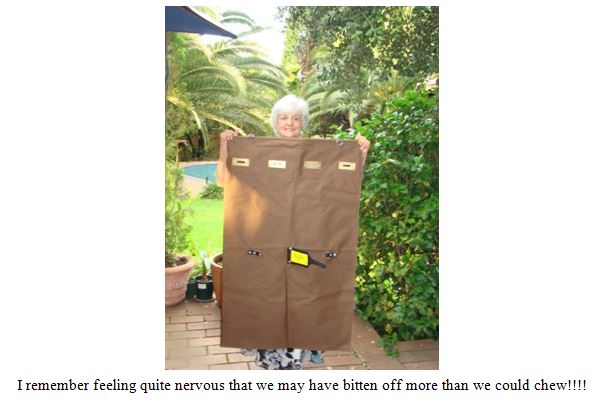 Wow, from small beginnings grow!  This is such a heart warming story and now that I have visited South Africa I can see why Rhonda felt she needed to do something to help the children. I love spending my evenings knitting and crocheting squares for blankets, it gives me something to focus on.  Thank you so much Rhonda, Sandy, Zanny and Lindi for making it all work so well.

Thank you Claire for your continued support of the children.  Seeing the poverty first hand will make your needles and hooks work faster !

It is such an inspiring story. So many people see a need and never act on it. You have given all of us a chance to be part of helping the needy in SA.  I am not sure that you would have believed you could cope if you had envisioned the number of people from all over the world who have responded !!  You must be so proud of your work in setting up this charity.

Wonderful story! I'm happy to say I was one of the Red Heart Yarn readers who found KAS early in its work. I'm so proud to be a member of this fantastic group of people.

That must be a wonderful feeling, Debbie. I came to KAS later through reading a cozy  mystery story about a group of knitters. In the book I read, they were working on charity projects. KAS was named in the annex at the end of the book.

This is a wonderful story, as colourful and heartwarming as the squares themselves. What an incredible community we have!