The new year started off on a strong note with everyone feeling well rested. Lindi, who had missed several weeks of opening days at the end of last year on account of DVT, was back among us, looking cheerful with her leg raised on a poof. Mabel and Athele sent apologies as they are still on holiday with family, but otherwise we were a full compliment.

As anticipated, there had been a lot of post coming in over the festive season. Ronda had been concerned about it overwhelming the post office while she was away but the postmaster had reassured her that they would cope. She didn't have to arrange a collection between Christmas and new Year, therefore, and could just pick up everything on Monday. What a wonderful sight to see all those boxes and parcels awaiting us! it's always such tangible proof of our members' love and support.

Estelle voiced an observation that several people had made, namely, that there is an encouraging trend among our knitters to send larger parcels less frequently and so alleviate some of the pressure caused by postage fees. This week's mail collection, though enormous, cost significantly less than some of the collections last year, simply because members are waiting until they have a big pile of squares or other items to send. We really appreciate this attention to what the post office charges us. Thank you for adjusting your mailing routine to ease the burden for Knit-a-Square!

Speaking of the burden of bills and such, Ronda expressed her sincere gratitude today for our members' wonderful spirit of generosity at the end of last year. The Peace of Mind fundraiser initiated by Anne Powell was such a lovely gesture and it certainly made a difference to our bank balance. October, Ronda recalls, was a really bad month when we were scraping the bottom of the barrel, and things were improving towards the end of 2018, but the couple of fundraisers where people really came to the party and showed their commitment brought genuine relief. We are now in the comfortable position of having funds for the next three months, which lets us prepare properly for the mid-year winter months when distributions become especially important.

An idea has been suggested by one of our local supporters to aim for a single big distribution in April. A worthy location for the distribution has been identified, an area of particular need. Usually, our distributions involve giving blankets, beanies, hand warmers and toys to between 20 and 60 children at a time, with the largest ones reaching about 100 children. This project would mean reaching close to 1000 children. We've not done such a massive project before but the time-frame makes it feasible. it would mean stockpiling all the blankets that the gogo groups complete and doing fewer weekly outreaches, but the advantage of that would be a saving on petrol. Anyway, we will be able to keep a tally of our stock as it builds up, and that will be interesting for members to see, I'm sure.

Finally, a funny story to make you smile. Audrey opened a parcel containing two beautiful blankets from Patricia Underwood. Ronda, who was standing beside her, held one up to display its lovely green and blue colours and the cute octopus featured on one of the squares. At this, Estelle grabbed her phone and took a photo. We were all in awe at the beauty of the blanket, but then Ronda exclaimed, "Oh dear, the octopus was upside down!"

"That's okay," said Estelle, "I can just turn the photo around."

"yes, of course you can!" said Ronda with a happy smile.

Then we all laughed. If Estelle did that, Ronda would be standing on her head! How carried away we get with celebrating the lovely handwork we receive from our oh so talented members!

Welcome back, Leanne, to you and all at the KASbarn.  I wish you all a wonderful year ahead!  You have given us a lovely, warm report, as you always do.

((Hugs)) for Lindi.  I hope she is soon feeling much better.

A great idea to do a mass delivery to save on expenses.  It's also good to know that many contributors saving up their work to send one large parcel instead of several small ones has made a noticeable difference.  Every little bit helps.

Dear Leanne, what a thrill to see my name mentioned in your first post of the New Year. I, too, can't wait to see the photo - I shall feel I've really arrived as a KAS member to see my blanket being held by Ronda, whichever way up!

Much love to you all.

Yes, I can't wait to see the pic of your blanket's arrival in SA, Patricia.  :)).....a pic of Ronda standing on her head may have been fun, too.  :)) In fact, I can't wait to see pics of the KASBarn, distributions, squares, blankets, toys, hats and handwarmers from our members....no pressure, everyone.....lol.

Thank you so much, Leanne for a wonderful beginning to our KAS year. So much positive, joyful news...and welcome back, Lindi. What a 'soldier' you are, but please do take care.  :))

Thank you to Anne and Andrea for providing us with opportunities to add to the KAS funds, through the Peace of Mind and Memory Tree fundraisers in December.  xo

Happy New Year to our KAS global community, wherever you may be....you all make the world a brighter place to be for 'our children' in South Africa.

Hi again! I don't think my photos loaded yesterday. Here they are, a picture of Audrey's birthday celebration and the pile of post ready for opening.

Thank you Leanne for the good news that everyone is refreshed and ready to get 2019 kicked off! 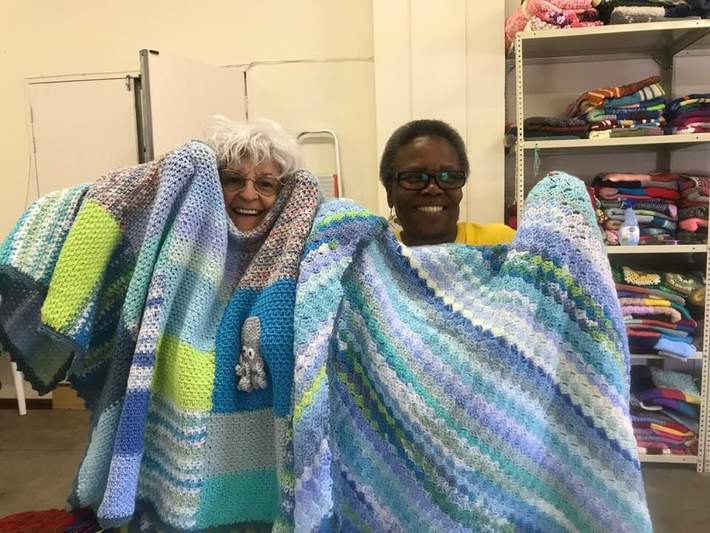 Wow wow wow! To see your blanket wrapped around a child is the ultimate KAS thrill but to see them wrapped around Ronda and Viv comes a pretty close second. Thank you ladies - I shall treasure this photo.

Patricia we all loved these blankets...the colours are so beautiful. Viv opened a parcel with two more of your blankets and sent me the pics so I posted them on my opening day on Facebook. Amy has posted them on The Blanket Room thanks Amy.

Yes, thank you Amy. You're doing a brilliant job - you seem to have taken on so many new responsibilities this year!

2 very lovely blankets! They also catch my eye as they are blue, my favourite colour!

Audrey blowing out all her candles.  May all your wishes come true in 2019. Color Of The Month GREEN 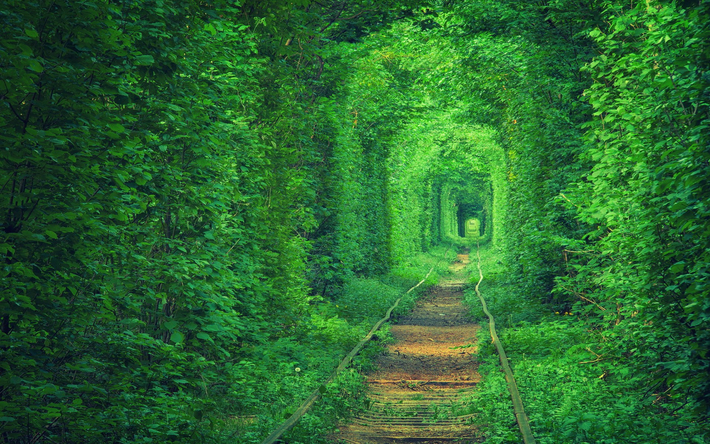